The fatigue life of a component which is subjected to constant varying load can be calculated using faigue curve (S-N curve for instance).  In real world the fatigue loading is very complex.  When the varying load is random it is difficult to estimate the fatigue life.  The rainflow counting algorithm (also known as the “rainflow counting method”) is used in the analysis of fatigue data in order to reduce a spectrum of varying stress into a set of simple stress reversals. Its importance is that it allows the application of Miner’s rule in order to assess the fatigue life of a structure subject to complex loading. The algorithm was developed by Tatsuo Endo and M. Matsuishi in 1968. Downing and Socie created one of the more widely referenced and utilized rainflow cycle-counting algorithms in 1982, which was included as one of many cycle-counting algorithms in ASTM E 1049-85 (Standard Practices for Cycle Counting in Fatigue Analysis).  Igor Rychlik gave a mathematical definition for the rainflow counting method, thus enabling closed-form computations from the statistical properties of the load signal.

For simple periodic loadings, such as Figure 1, rainflow counting is unnecessary. That sequence clearly has 10 cycles of amplitude 10 MPa and a structure’s life can be estimated from a simple application of the relevant S-N curve. Compare this with Figure 2 which cannot be assessed in terms of simply-described stress reversals. The “rainflow” was named from a comparison of this algorithm to the flow of rain falling on a pagoda and running down the edges of the roof. The rainflow counting algorithm consists of the following steps:

A given half cycle may contain smaller half cycles.  As a general rule, large stress cycles must not be fragmented into smaller ones as this will lead to underestimation of fatigue damage.  Smaller stress cycles should be treated as temporary interruptions of larger stress reversals. The results are summarized in the following table: The following is an example of SFAT software.  The unit of the stresses is MPa.  The stress history is taken from FIG. 6 of ASTM E1049, Standard Practices for Cycle Counting in Fatigue Analysis, amplified by 10 times. 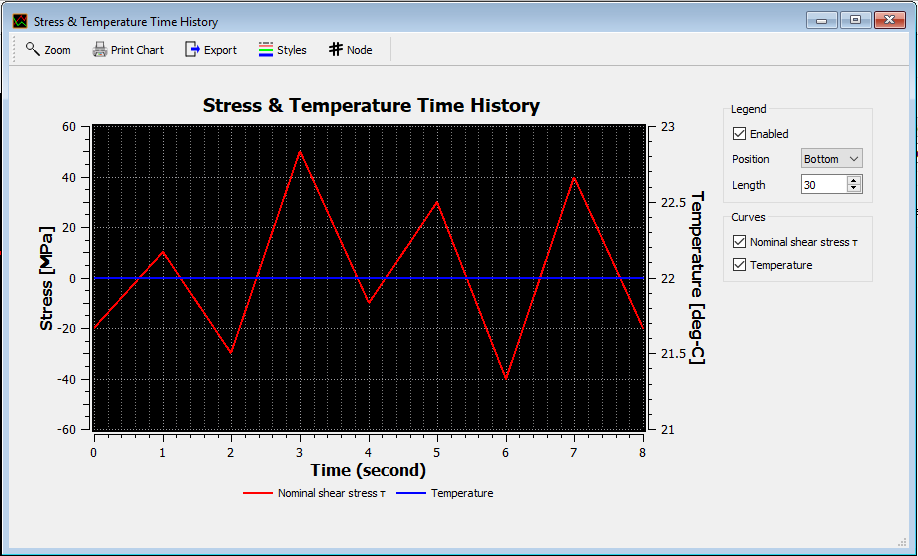 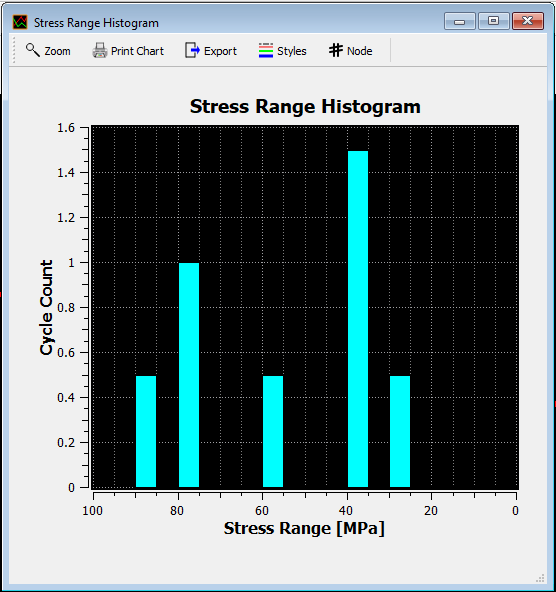